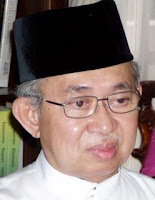 
Umno veteran Tengku Razaleigh Hamzah has warned party leaders that gaining the Perak state government without resorting to elections would result in enmity of the Perak voters come the next general election.

Razaleigh, who is also Gua Musang MP, said Umno and BN should try and win the hearts of the people and not gain the government by dubious means.

"If the Ruler decides not to accede to the MB's request for the dissolution of Parliament, and BN is invited to form a state government on the basis of these dubious crossovers, I think it would anger a large section of the Malaysian public," said the Kelantan prince in his blog.

"Our taking control without resorting to elections would cement the enmity of the very people we should be trying to win back at the next election. Come the next general election, they are likely to reject both our state and parliamentary candidates with greater vehemence, and not just in Perak."

Calling the BN celebration as "premature", Razaleigh said the constitution states the role of the Ruler in crisis must be respected.

He said the Sultan of Perak is sworn to uphold and protect this constitutional process and the Ruler's powers and those of the legislative assembly act as checks and balances on each other to prevent abuse of power.

"Defections are not the basis for the formation of a government. Elections are."